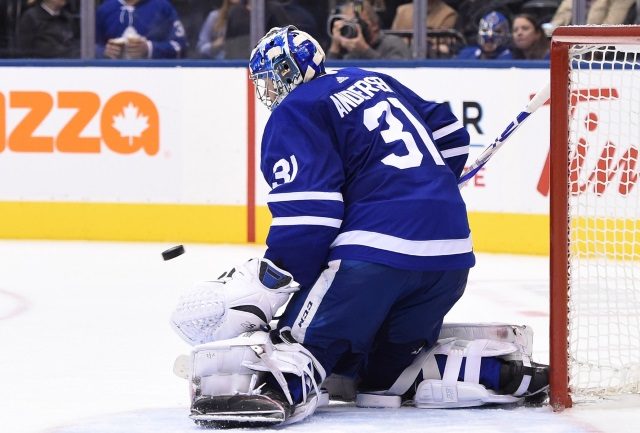 Jameson Olive: Florida Panthers coach Bob Boughner on Vincent Trocheck who skated for the first time since suffering his injury: “It’s the first day of probably many days he’s going to get out there and rehab and skate. It’s a real positive sign for us.”

bStu Cowan: Montreal Canadiens coach Claude Julien said that Carey Price left practice due to light-headedness but added that there is no reason for concern.

John Lu: Canadiens forward Brendan Gallagher is expected to be in the lineup today. He was given a maintenance day yesterday after he blocked a shot with his hand on Thursday.

No update on Blackwood

Abbey Mastracco: There was no update on New Jersey Devils goaltender Mackenzie Blackwood.

Filppula to the IR and Eberle activated

New York Islanders: The Islanders put forward Valtteri Filppula on the IR retroactive to December 31st with an upper-body injury. Forward Jordan Eberle has been activated.

New York Islanders: Coach Barry Trotz with an injury update: “Casey just had a maintenance day today. Fil and Hicks will not be traveling. Jordan skated with the team today, we just have to make sure he’s ok with the trainers and we’ll probably have an update this afternoon.”

Hayes out with an upper-body injury

Pageau to return on Sunday

Ottawa Senators: Coach Guy Boucher on how close Jean-Gabriel Pageau is to returning: “Pageau will not play tomorrow, but he will play Sunday…. This is a miracle. It’s not just ahead of time, it’s WAY ahead of time.”

Adam Kimelman: Flyers forward Nolan Patrick practiced in a no-contact jersey. He was expected to get clearance for contact yesterday.

Dave McCarthy: Andersen after practice: “It’s getting close. It’s been a good progression over the last few days and obviously going through a full practice pretty much today, I’m feeling pretty good so definitely positive about it.”