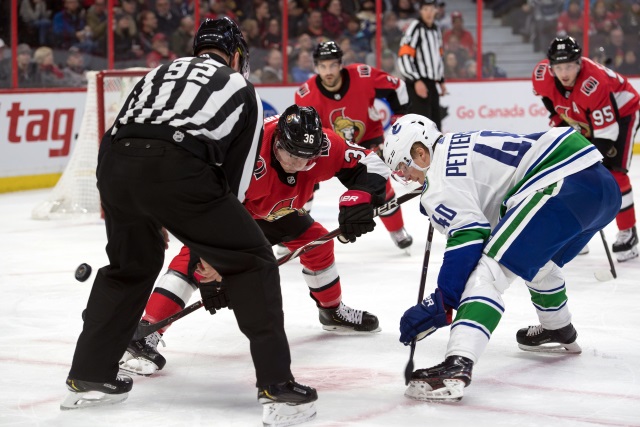 Ansar Khan: Detroit Red Wings defenseman Danny DeKeyser returned to the lineup last night. The Red Wings put Michael Rasmussen on the IR and is likely out through Friday.

Paul Skrbina: The Nashville Predators have activated defenseman Yannick Weber from the IR.

Andrew Gross: New York Islanders forward Andrew Ladd (lower-body) and defenseman Thomas Hickey (upper-body) were skating on their own yesterday. There is still no timetable on their return.

Claesson and Pionk out for weeks

New York Rangers: Coach David Quinn said that defenseman Fredrik Claesson is out for the two to three weeks with a shoulder injury. Defenseman Neal Pionk is out until after the All-Star break with a lower-body injury.

Josh Getzoff: Pittsburgh Penguins defenseman Justin Schultz was on the ice yesterday in a no-contact jersey.

Rutta out a week

Joe Smith: Tampa Bay Lightning defenseman Jan Rutta will be out for another week.

Pettersson could be ready for tonight

Myers returned and Chiarot out